The European Southern Observatory ESO operates an astronomical observatory at top of 2,635-meter Mount Paranal in the Andes, where one of the world‘s biggest interferometers in the optical and infrared range is located – the Very Large Telescope Interferometer (VLTI).

redlogix works for VLTI for nearly one and a half decade and developed at least 20% of the VLTI control software.

The facility essentially consists of 2 to 4 telescopes with a mirrors diameter of 8.2 or 1.8 meters, respectively. The light from the individual telescopes is coupled by the VLTI instruments in the interferometric laboratory. The VLTI system provides milli-arcsec angular resolution as it can use baselines of up to 200 m length.

While the four 8.2 meter Unit Telescopes have fixed positions, the four 1.8 meter telescopes can be moved to 30 different stations. This allows a broad variation of baseline length as well as of baseline orientations – a unique feature for this kind of observing facilities.

According to ESO standard architecture a distributed approach was chosen for the control and operation of the VLTI, which makes extensive use of networking. In total the VLTI control system involves about 100 LCUs und Workstations. The time-critical control functions are distributed over a network of dedicated VMEbus systems, the so-called local control units (LCUs). The VxWorks real-time operating system runs on PowerPC CPUs. High-level coordination, user interfaces, archiving, remote operation, etc. are implemented on workstations under Scientific Linux.

The VLTI Control Software is grouped into several software packages, which include more than 1 million lines of code. These packages can be grouped in 3 categories:

Object-oriented design techniques were applied, and ANSI C and C++ were chosen for implementation. Graphical user interfaces are implemented in TCL/TK. Parallel message routing and an optimised  parallelization of the individual processing steps fulfil the requirements for high efficiency of complex processes in the VLTI.

redlogix is involved in all 3 categories of VLTI Software – in case of ISS from the very beginning in year 2000. Our contributions include design, coding, testing and documentation of applications, on workstation level as well as on LCU and driver level as can be seen from the following examples:

The Interferometer Supervisor Software is the central control instance of the VLTI. Its tasks are to configure, coordinate and continuously monitor all components of the interferometer: Telescopes, Coudé systems, delay lines, beam transportation elements, fringe sensors, technical CCD cameras, FITS data handling, and others. 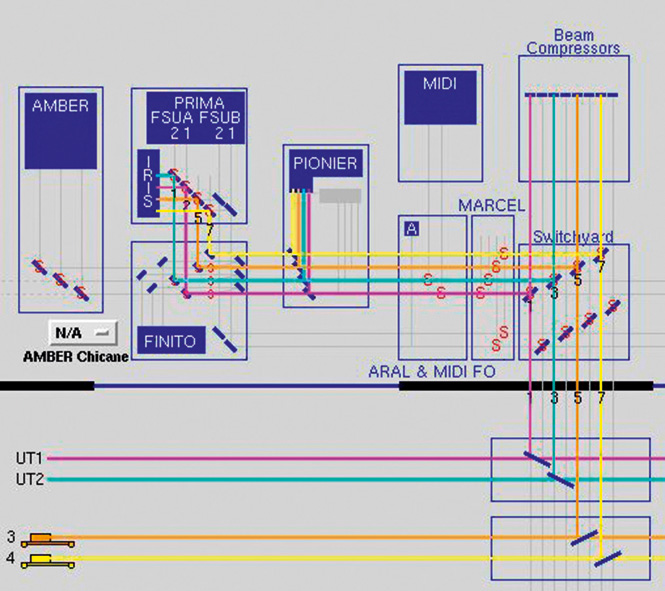 ISS on its own consists of more than 100,000 lines of code with redlogix being in charge of it. Additionally more than a decade of operations with changing requirements caused by new instruments and operational modes, new image alignments sensors etc. enforced some redesigns which were realized by redlogix. Additionally 5 major commissioning missions were supported on the VLTI site in Chile, e.g. the migration from HP-UX and Solaris to Scientific Linux, the PRIMA Big Bang and the support of 4 telescopes for the new instrument PIONIER.

redlogix was in charge of the workstation software, which configures, coordinates and monitors FINITO – the workhorse VLTI fringe sensor of the last years and part of the ISS sub-system “delay lines”. To support commissioning, redlogix also developed simulations of the detector unit, time varying beam profiles, systematic drifts, noise ratios, slow guiding algorithms, and implemented the graphical representation of the obtained results.

In order to compensate for the distorted wave fronts of the light collected by the main mirror all Unit Telescopes are equipped with adaptive optics systems at the Coudé focus. For the second generation VLTI instruments these will be complemented by Coudé Infrared Adaptive Optics (CIAO) systems. High voltage amplifier hardware and software for the adaptive optics system MACAO has completely been developed and manufactured by redlogix . For more details of this ISS sub-system see our MACAO reference.

This ISS sub-system is developed as wave-front sensor for the second generation instrument GRAVITY, but will become a common adaptive optics facility also for other instruments. redlogix has integrated ESO standard motorized devices (derotator, filter wheels, mirrors) and implemented special devices (field lens with piezo actuators, focus unit, different sensors). Additionally redlogix is in charge of designing and implementing the interface to ISS as well as taking care of the Observation Software.

redlogix further provides services like system analysis, mathematical modelling, simulation or training of ESO engineers and participation in commissioning missions at the La Silla Paranal Observatory in Chile. In this way redlogix continuously contributes to successful operation of the VLTI for much more than a decade.

This second generation VLTI instrument is designed for precision narrow-angle astrometry (≈ 10 μarcsec resolution) and interferometric imaging (4 marcsec resolution) with 4 telescopes (i.e. 6 baselines). Contributions of redlogix to its Control Software were and still are: 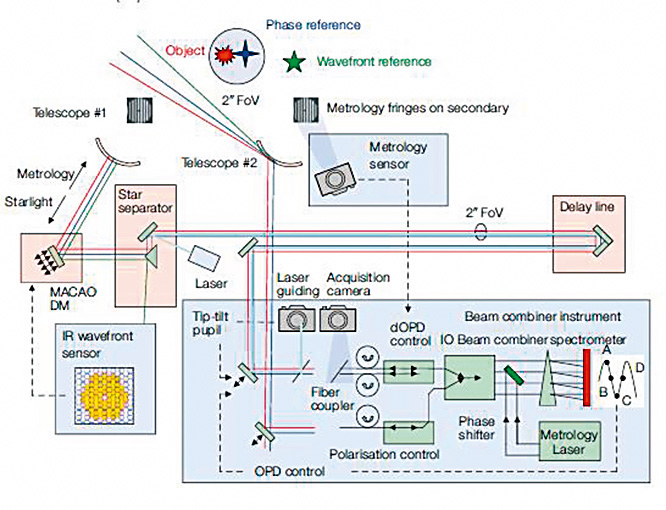