Safety control systems are used in mechanical engineering to protect operators of machines from injury, e.g. a light sensor in the danger zone for turning off a press. Basically it involves a PLC, which is specifically designed for safety tasks. This is done, for example, by redundant design of the CPU and input / outputs, as well as mutual checks and restricted freedom in programming.

The project was carried out entirely in our own responsibility. Our internal standards and tools were used for version management and quality assurance. The look and feel of the GUI controls was designed by an external design agency and incorporated into the program.

The implementation of the configuration software was performed with Visual Studio 2012. Because the program was required to run on all Windows versions from XP to Windows 10, the .NET Framework version 4.0 was choosen. C# was used as implementation language. In order to reuse code from the safety controller, wrappers for this C code were implemented with C / C ++.

For the graphical frontend, the Windows Presentation Foundation (WPF) was used, including its markup language XAML, with the look and feel of the GUI being defined by a design agency. Our customer provided a Mantis system for bugtracking. For internally discovered errors by our test team, a Redmine system was employed.

The program allows the user to configure the safety control system’s hardware and to interconnect the interfaces using a graphical logic editor. The inputs and outputs can be linked to each other via predefined  function blocks (e.g. AND / OR, etc.). From the graphical representation, a binary configuration is created, which is processed by the safety controller.

The software is mainly made up of the following parts:

Furthermore, for the non-safety critical part of the safety controller the Modbus protocol was implemented. 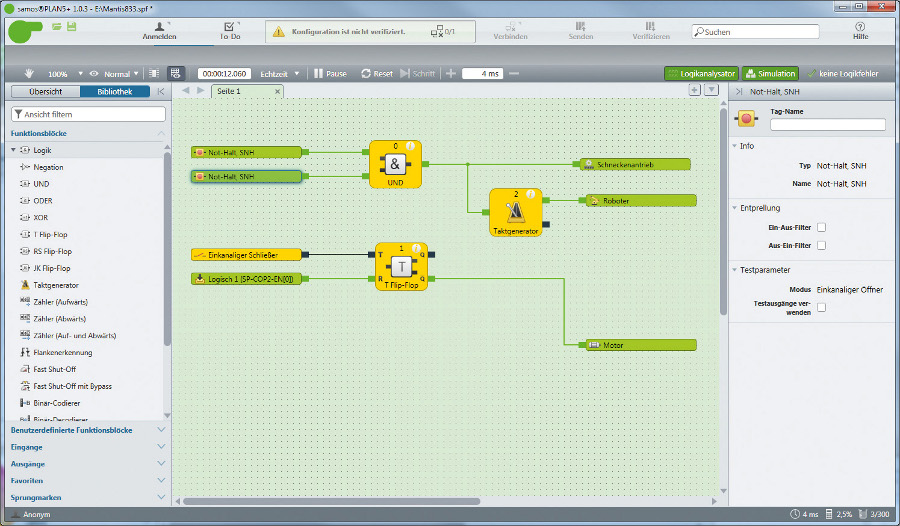 The logic editor is used to interconnect the configured inputs and outputs. For this purpose, different predefined function blocks can be hooked up with each other by drawing connection lines. The program  prevents the user from creating illegal links (e.g. cycles). Several functional blocks can be grouped and saved as user-defined function blocks in libraries. All logic elements can be placed anywhere on the canvas, therefore an auto routing mechanism has been implemented in order to connect them. 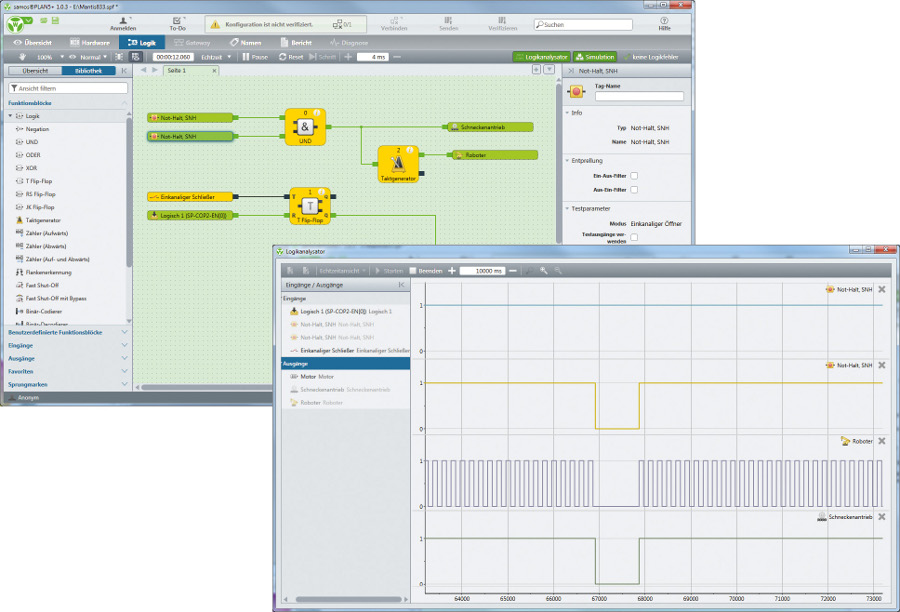 The configured program can be simulated within the logic editor. For this purpose, the original C code of the controller is used and accessed via P/Invoke. Inputs can be switched with the mouse. Furthermore, it is possible to record the status of inputs and outputs over time (logic analyzer). 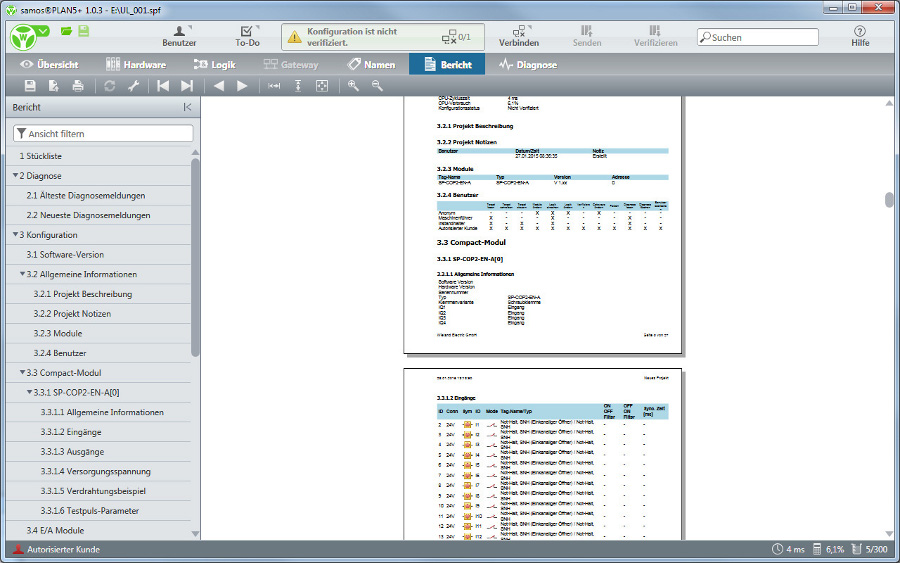 The safety controller’s purpose is to ensure the safety of a machine according to the European Machine Directive. Certified authorities check whether a machine meets these required safety demands. To support this certification process, the configuration software can create a configuration report.

In order to check the servers of the manufacturer regularly for new software versions, an update functionality was implemented. Within the project, an installer using the Wix Toolkit was created for the configuration software. It also includes the setup of the USB driver that is needed to communicate with the safety controller.

For the qualification of the program as a level T3 tool according to DIN EN 61508, a safety concept was developed. The required unit tests and integration tests were carried out by redlogix. The unit tests were implemented using the unit test framework NUnit, for code coverage PartCover was used. For integration testing, a test sytem based on the frameworks SikuliX and Ranorex were implemented. It is used to perform automatic, semi-automatic (i. e. user guided) and manual tests. For test documentation, test reports in PDF format are automatically generated to record the results of each test step.